STRAIGHT FROM THE TOP!

CAN YOU HEAR ME NOW?

23rd PSALMS
The latter portion of vs. 2

“He leadeth me beside the still waters.” (KJV)

As members of a communal soctety we seem to have lost touch with calmness and reflection.

In a world obsessed with cell phones, email, text messaging, Facebook, Instant Messaging, iPod, Blackberry, Kindle, Twitter, BlueTooth, and smart phones; everyone is continuously ‘connected’ with everyone else in an insane amount of babble that is 98% meaningless.

A recent poll showed that as much as 60% of the average workers time on their daily job is spent surfing the web or on social activities.

When out walking or driving have you noticed that the greater portion of drivers are either talking on a cell phone or text messaging?

Is this an indication of people refusing to face reality in this time of turmoil and trouble, or is it a manifestation of the ‘I’m more important than you’ attitude of humanity today?

A recent random poll by The Heritage Foundation found that 70% of those asked could not name even two of the Ten Commandments!

This seems to indicate that in a nation that claims to be 92% Christian, we seem to have lost touch with Psalms 46:10 that states; “Be still and know that I am God.”

As a people we need to withdraw from the things of this world and take time to meditate on the Lord. Not only on his goodness to us, but his promises of goodness to come.

In the second part of the second verse of this Psalm we are told that God will lead us ‘beside the still waters’.

We are aware that fountains, waterfalls and swift flowing mountain streams have a beguiling attraction about them that produces a gleeful, almost manic exhilaration in our minds.

On the other hand; calm, mirror like pools—be they ponds, reservoirs or reflection pools induce a certain amount of tranquility—calmness–if you will. Producing a sense of well-being and relaxation.

God must have put a lot of thought into this promise because the word translated here for ‘still’ is the Hebrew word ‘men-oo-khaw’, and strangely, it is only found in this one verse in the entire Bible! It is the feminine form of the adverb ‘peacefully’. Among its meanings are ‘repose, quite, ease, comforting or resting place’.

Can you find the self-resolve within yourself to set aside a small amount of time each day to shut out the clamor of this present world and read only a single verse from your Bible and meditate on it?

Then, while remaining still, listen.

Listen to God for he is speaking to you!

He speaks to you continually. He is making suggestions, giving instruction, and making your life—and your future—easier.

Will you be led beside the still waters?

Only by allowing the ‘The Shepherd’ to lead you beside the still water will you learn of His plan for your life. This will lead you to the place of having no ‘Want’!

Try this grand experiment today! Because HE is speaking to You! 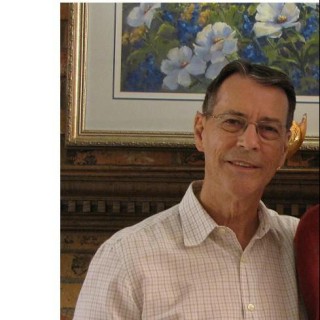